The Vanguard 15 fleet from Nashville was not in existence till recently. A team of six sailors decided to pitch in and buy boats as well as committed to a schedule of sailing. With their concerted efforts the area now has a new community of sailors which are made of a mix of veteran and new sailors. 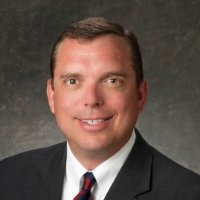 The sailing scene was dying in Nashville when the older racers were moving out and there were no new enthusiastic sailors to continue the sailing scene. At such a time a ragtag group assembled and decided to pitch in, get six boats and commit to sailing over the weekends. The Vanguard 15 of the double handed design was then decided upon which was exciting and fast to sail in the breeze. The group got together used boats as well as parts that were available and even obtained six boat trailers.

Since then the Nashville V15 fleet has grown. Today there are 19 members in total. Some members neither own a boat nor have raced but they are gaining the know how from the others. The less experienced sailors are learning to sail in breeze conditions of 10 knots so that they can gain confidence to sail when the breeze is 25 knots. It is a culture where information is shared and help is given where it is required to encourage learners to sail. LaBorde and Ted Lischer are known to be the godfathers of fleet building in the sailing circles in the Midwest. They are helping to build the learning and sharing culture so that the group can grow quickly. Today it is called a sailing family and they are committed to growing fleets elsewhere as well. The fleet focuses on providing social opportunities to promote the sailing culture which also includes having skippers and crew knowing each other.